Direct Selling is a multi-billion pound industry with millions of people involved worldwide and is now regarded by many business leaders, as the business of the future.

Kleeneze are a Direct Selling company with the traditional selling part removed via the catalogues and websites. Kleeneze take their products directly to the customer via independent distributors, or representatives. By using this direct method of distribution, most of the usual middlemen are cut out of the equation.

The savings that the company makes through this method are paid back to the network of distributors.  Last year for example, Kleeneze paid out nearly £30 million to its network of independent distributors… that’s big business!

There are 3 trends that are driving this industry forward:

Every wealthy person in history has attributed their success to two predominant factors:

Kleeneze have recently expanded operations into Spain, meaning the marketplace for the business has expanded significantly.  This will this help to significantly increase the turnover of the company and the income potential for distributors.

Not only are Kleeneze a direct selling company, but they also operate a full network marketing programme, whereby each distributor who starts his/her business can introduce other people into the business for extra profits.  In fact, the process of networking or sponsoring, is responsible for the company’s growth and Kleeneze pay around half of their turnover back into the distributor network – the lucrative side of the business!

Every person that you sponsor into the business, becomes part of your team and the company pays you a percentage of the turnover of each of these people.

The potential incomes are staggering and network marketing has produced more millionaires than any other single industry!

When you join the business, you will receive as much support and training as you need, meaning everyone has the opportunity to build a business to a level that they are prepared to work for. 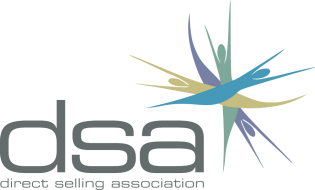 Kleeneze are a founding member of the Direct Selling Association, who bind their members to a strict code of trading ethics.